Shit is really intense right now. I keep wanting to write something on this blog, but things are evolving so quickly that whenever I feel like I know what to say there is a new development, and I no longer know what to say or how I can even say it.

We have, via electoral college, elected a fascist as president, in the classic definition of the word. (Definition of fascism, via wikipedia.) The week after the election, I felt like I was in mourning; I couldn’t stop crying, I was barely sleeping, and my IBS started acting up again, after months of relative stability. At the end of that week I realized a couple of things- a) as a white person who is less visibly queer than a lot of my friends, I’m much less affected by this than more marginalized groups and b) things are happening very, very quickly, so we (fellow white people, I am speaking to you) need to suck it up and get to work, and we need to get to work FAST.

It’s not that I haven’t been involved in what’s going on in the world before this election- but I’ve been focused on the long game, my particular long game being “build a platform through my writing and use that platform to help shape and influence popular culture”. After the election, I realized that my long game wasn’t good enough. I needed a short game as well. Because we may not have twenty years to slowly shape the world around us. We may not even have five.

Here’s some things you should know, if you do not already:

Trump has chosen Steve Bannon as his chief strategist, chief strategist being one of the most powerful positions in the white house. Steve Bannon is founder of Breitbart News, a website that serves as the largest online platform for the Alt-Right- “Alt-Right” being what the neo-nazi movement is now calling itself.

Richard Spencer, the person who coined the term Alt-Right and who is considered to be one of the founders of the movement, said recently at an Alt-Right gathering to celebrate Trump’s victory:

“America was, until this last generation, a white country designed for ourselves and our posterity,” Mr. Spencer thundered. “It is our creation, it is our inheritance, and it belongs to us.”

(That quote is from this article in the New York Times)

Even if Trump publicly disavows the support of the “Alt-Right”, his choice of Steve Bannon as chief strategist speaks volumes, as does the other choices he’s made so far. According to this article:

“On Friday, Trump added another polarizing politician to his team when he nominated Alabama Sen. Jeff Sessions for Attorney General. Sessions was denied a federal judgeship in 1986 for his reputation of spouting off racist comments. Around the same time he named Lt. Gen. Michael Flynn, who once pronounced on Twitter that “fear of Muslims is RATIONAL,” to be his national security adviser.”

And if you need to hear it via podcast, the Rachel Maddow show is now available in audio form, and she is doing a GREAT job of spelling all of this out in her most recent episodes. Here’s a youtube clip of one of her recent shows:

Incredibly intelligent people who’ve spent their whole careers studying authoritarianism and the rise of fascist governments have been sounding the alarm in the weeks since the election. Fascists run on platforms of nationalism, often ethnic nationalism- the “Alt-Right” is an ethnic nationalist platform. These are the people who elected Trump. These are the people he’s choosing for prominent positions of power.

Timothy Snyder, history professor at Yale, wrote this piece: What You Can Do to Save America from Tyranny and says that “Americans are no wiser than the Europeans who saw democracy yield to fascism, Nazism or communism. Our one advantage is that we might learn from their experience. Now is a good time to do so.”

In the New York Times piece A Time For Refusal, Teju Cole says- “Evil settles into everyday life when people are unable or unwilling to recognize it. It makes its home among us when we are keen to minimize it or describe it as something else. This is not a process that began a week or month or year ago. It did not begin with drone assassinations, or with the war on Iraq. Evil has always been here. But now it has taken on a totalitarian tone.”

The most chilling thing I’ve learned in my race to educate myself and understand, in the weeks since the election, how fascism rises to power, is the tricky way that fascism has of slowly normalizing previously unacceptable behavior. Here’s a great illustration, via a series of tweets, of this process, which has played out again and again throughout history:

How Fascism Accumulates Power by Testing People: in tweets

So what do we do? Aside from the small, burning, far-flung hope that enough members of the electoral college will align themselves with the popular vote, December 19, instead of with the way their states voted, and elect Hillary Clinton- barring that tiny kernel of hope- how do we fight this. How do fight Trump and his buddies. How do we fight fascism, which, unless you insist on being in total denial right now, is very, very much here. Fascism is not new. It has played out in various ways, again and again, throughout history. And now it’s looming over us, like a storm about to break.

I don’t have all the answers, but I do have some ideas.

1. Understand the situation. Read everything you can from reputable news sources. Read pieces by historians and professors and other people who know their shit. Read everything I’ve linked to in this post! Listen to podcasts (Democracy Now and The Rachel Maddow show, now that it’s audio, are my favorites). Understand the history of fascism, and how it relates to our current situation. HERE’S A REALLY GREAT ANTI-FASCIST READING LIST. Read things! Understand what is happening!

2. Talk to the people around you. Not just on facebook, which can sometimes function as an echo chamber, but in person- talk to your relatives, acquaintances and closest friends. Talk to your family during the holidays. Talk to people on the bus. Talk to people you know whose families immigrated from countries with authoritarian governments. TALK ABOUT WHAT IS GOING ON. Resist normalization. RESIST.

3. Find an anti-fascist organization in your area. Use facebook, google, whatever, to find other people gathering to talk about fascism and ways that we can fight it. If an anti-fascist group does not already exist, form one with your friends. Read things together. And organize. Which brings us to:

4. Learn how to organize. Find people who organize and learn from them. Read books about organizing. Join some shit. Get involved. 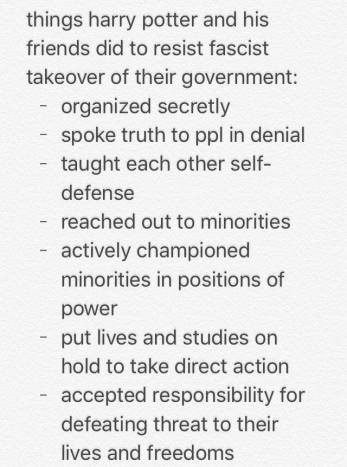 5. Protest. All forms of protest are valid. Find what works for you. 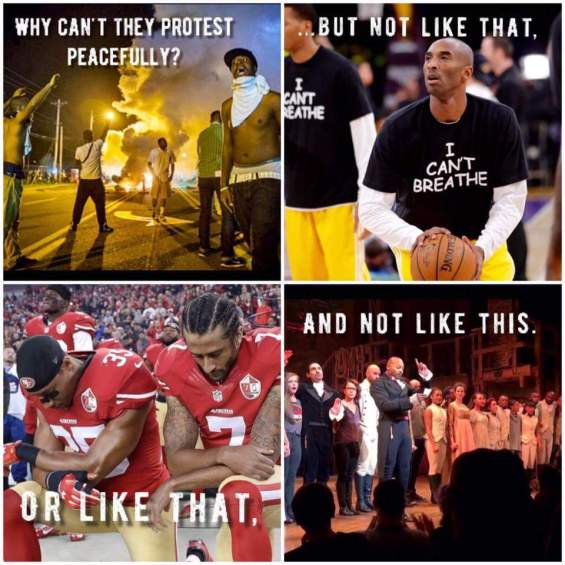 For my part, I’m currently en route to Tuscon, Arizona, where I’ll volunteer with a group that does good work around immigrant rights. I have some friends who are headed to Standing Rock. Other friends have raised funds and donations for Standing Rock, in lieu of going themselves. (the medic team at Standing Rock is currently in urgent need of supplies and funds, following the violence of a few nights ago- donate and learn how to help here.) If you’re a hiker and looking for a study group, I’ve created a facebook group- Long-Distance Hikers Against Fascism. The long-distance hiking community can sometimes feel, at best, apolitical and totally checked out of how environmental conservation is related to what’s going on in the rest of the world, and at worst, racist, misogynist, and generally super conservative. This anti-fascist facebook group is my small push back against that.

Whatever you do- do not be in denial. This is history in the making. When future generations look back at us, which side of history do you want to be on?