That’s how I feel right now. Like big rock candy mountain. Does life get any better than this? Things were rough for a few minutes after I bought my van- I’m no mechanic, so I couldn’t really tell if I’d gotten a good deal or a bad one, but almost as soon as I drove away from the guy’s house who I’d bought it from I started to notice little things- strange noises under the hood, clankings, problems shifting, jerking transmission… fuck. But I got the oil changed and put some gas in it and drove north to Fairbanks- where the alternator belts froze up, the whole thing screamed, and blue smoke poured our from under the hood. Shit. I thought I was pretty much totally fucked. My friend Debbie helped me get it towed, and my other friend Jim let me park it at his shop where he fixes heavy equipment on the weekends. He said he’d take a look at it when he was in town, maybe he could help me fix it. He got in on Saturday and I was at a job interview outside of town, helping a psychologist make a healing rock labyrinth in his backyard, for his depression. I rode my borrowed bike back into town as fast as I could, and found Jim in his shop. Did you get a chance to look at the alternator?

He had not only taken the alternator out, he’d traded it in for a rebuilt one and bought all the new parts I would need. All I had to do was put the new alternator in and change one of the wheel thingies, which he showed me how to do and then handed me all the tools. It kind of killed me. I mean, how can some people be so nice? Would I be this nice, if I was a mechanic?

Jim told me that to pay him back I can help him out in his shop this week, and I was like, yeah, ok, but I know shit about mechanics unless I’m, like, fixing my bike, and only if it’s not a problem with the derailleur. But he just kind of nodded, like, whatever, it’s Alaska, everyone knows how to do everything, everyone knows that, and so I was like- cool! That sounds great! And so now i have a job. 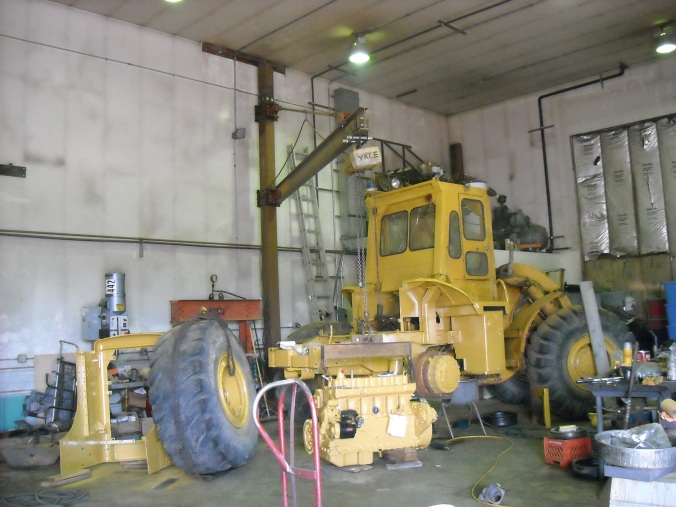 Which makes me feel very, very, very butch. I wear a coverall and get black grease all over my hands and bang up my knuckles and have to wash my hands with that special mechanic soap that has little plastic granules in it that wash straight into the ocean.

My life is AWESOME!